The first thing is the ‘Touch’ control. What does it mean?

The ‘Touch’ control is when you touch any device that has touch control enabled, it sounds basic, but you always have to think of the mechanism by which a person interacts. Let’s say you have an iPhone.

You touch the touchscreen on them. All of these features have to relate to the game. It’s not just about touch controls. It’s about all kinds of mechanics and aspects of your game to make it work and feel well to the players. Therefore, you always want to find out what works best with your game.

Some ‘Touch’ controls worked well for games, and others did not.

One of the most common things on iPhone games is a joystick, and maybe the two buttons on the side work, and it never gives you the feel of an actual controller.

Thus, playing a game like ‘Morrow 64’ on your phone wouldn’t feel as good as using the controller. Therefore, you always have to simplify the controls.

On many platforms, you know the left and right and then jump and shoot on the right side. That is a simplified version of controls. Some game controllers have a lot of buttons on them.

They can only have one or two buttons at a time, but with mobile devices, your space is limited, and you always want to keep things simple.

Therefore, with touch controls, like anything mobile, the more you make it easier, the better it is.

How do you make sure your ‘Touch’ controls are suitable for a game? First of all, you want to figure out what your game is. How your game works, and then you want to prototype all your ideas, even prototype ideas that you might think are bad they might end up working out well.

I recently played a game, and the game was awesome. It had good ‘Touch’ controls. You always want to download and play mobile games similar to your own to find good ideas.

When it comes to controls, you want to take those ideas and implement them in a way that makes sense in your game. The way you move the player was moving your finger around the screen.

It was extremely intuitive in the way it worked. Your whole screen was like an invisible joystick and so intuitive.

If you wanted to kick and punch, all you had to do was tap it. It was the best control I’ve ever seen. Now contrast that to an old ‘arcade’ game, and it was completely different from an ‘arcade’ game.

You have a joystick and one, two, three, four, five, and six. I’ve seen ‘arcade’ games with six buttons that wouldn’t work on a mobile device.

It won’t work even if you’ve moved the game to mobile. You would have to figure out a good way to implement those features into mobile. This game was made very well because it was simple. You drag your finger around and touch it.

Oftentimes, when you find a simple solution, it might feel like cheating, but if it’s simple and effective and you’re comfortable using it, the right answer is always the correct answer.

One of the ways that I like to use platform control is by touching left and right on the screen to move the way.

A ‘tap’ is a jump right, and it’s good too. Another thing you can do is you can add in the lower part of the screen to be shoot if you want. Therefore, your thumbs are moving down to shoot and then opt to jump on either side.

It has great good controls. The ‘Touch’ controls in ‘Construct 3’ is great, but it has a few blind spots.

Therefore, sometimes you may have to use a third party, but that’s okay. ‘Structure 3’ is still good. Let’s talk a bit about the theory of ‘Touch’ control.

According to ‘Apple’, you may think Apple’s products are awful.

You may or may not like ‘Apple’. It doesn’t matter because ‘Apple’ made the mobile interface what it is today.

Their attention to design and user experience has filtered out throughout the gaming community, whether you like it or not. ‘Apple’ is the first company to do this right.

That’s why the iPhone was so revolutionary. You had ‘Stylus Pen’ and all the mobile devices that were not fun to use.

They were terrible to use for the iPhone. I remember a Linux handheld device that was awful to use when the iPhone came out.

I was skeptical at first, but it was pretty awesome.

Especially since I started coding for the iPhone.

‘Apple’ breaks all the UI gestures into their code.

It is a part of the system. If you want to use ‘Touch’ controls, they have a function called ‘touchesBegan’

They have all override functions for their gestures.

When you use them in a particular way, it makes mobile devices easy to use and very intuitive. That’s why ‘Apple’ has been so famed for its mobile devices.

I have both developed for X code and Android. They have more options.

Therefore, the user experience is not the same. It’s very different. Honestly, it could be more confusing, but ‘Apple’ got it right.

What’s interesting about ‘Apple’ and what they’ve done is that they’ve created a lexicon of user interfaces.

That’s a lot of buzzwords, but they’ve essentially created a language that people on there don’t know you’re using when they’re on the phone. You give the kids a cell phone, and they know how to use it.

If you do the opposite of that vocabulary, your game will not rate well.

‘Android’ has no attention to detail. ‘Android’ does other things better, but it’s mostly about games, gestures, and touches.

‘Apple’ is the one you want to see. You can read Apple’s human interface guide on how they do things. You will learn a lot from reading that document. It’s a bit dry, but it’s good.

It’s a good thing because you don’t want to spend time on your phone.

In keeping with the extent of time-consuming games, people don’t play on their cell phones all evening. They use computers or TV.

Mobile games are virtually intended for trains or fast-paced places.

Now, if you want to redesign mobile, you must think mobile games are as simple as possible.

That’s not to say that there aren’t complicated mobile games, but the complexity that comes with it doesn’t have to mean everything is challenging and frightful.

The complexity if you look at mobile games is there, but it’s done straightforwardly.

If you like an extensive UI in computer games, it will not work for mobile because it’s too small!

Oftentimes your game might not be mobile-friendly, and that’s fine. You don’t have to make a mobile game if you don’t need it.

If you don’t play mobile games, then probably don’t make mobile games. It is one of the things that most people don’t understand when they make games.

Just because people come and buy on the ‘AppStore’ doesn’t mean you have to make an abstract game too!

You may not make the same amount of money, but you will probably be more successful because you are more familiar. Finally, we bring up tips for creating great ‘Touch’ controls.

You run or jump or shoot is done by you.

For example, you have a space shooter where you’re constantly shooting without pressing the button, whereas, in an ‘arcade’ game, you have to push the fire button.

I’ve watched a lot of those games, and they work well. If you’re making a game for mobile, you have to give up some control because other developers do it, and it’s a lot better.

You want to test on your device. You want to check how it feels on your equipment.

You can’t make games for tablets if you don’t own a tablet.

The best part is that ‘Construct 3’ has a built-in QR code that can take a picture of the annual report on your mobile device.

You play games that other developers are making and take some of the best ideas for your controls.

No answer is the best control scheme for your game. You must figure that out for yourself.

Usually, there might be two different ways of doing it, and you need to put that in your settings. Lastly, let’s talk about how your controls relate to the other parts of your game.

Some of the ‘IOW’ games will use gestures like rotation in their games. For example, you have been swept away in a whirlpool. One of the things you can do with your phone is using the rotate gesture.

That’s a great use of the mechanical ‘Touch’ controls.

For example, let’s say you are trying to put together two parts of a puzzle. There is a puzzle in which the two parts must come together.

You can drag them.

It’s a great example of how the ‘Touch’ control works. If you set ‘STAR CRAFT’ on two mobile devices will not work.

It’s a typical example of mechanics clashing with your gameplay because ‘STAR CRAFT’ is made for desktop, mouse, and keyboard computers.

Transferring it to a mobile phone is not good.

You will have to simplify ‘STAR CRAFT’ to make the real-time strategy work for you.

It will be complex to make ‘OVERWATCH’ work on mobile devices, it might work, but I don’t think it will work that well. Many people in ‘OVER WATCH’ don’t like the ‘CONSOLE CONTROLLERS’ version. Most ‘OVER WATCH’ is played on the mouse and computers but not on the console because the controls of consoles are so different.

Your game will not be as good. 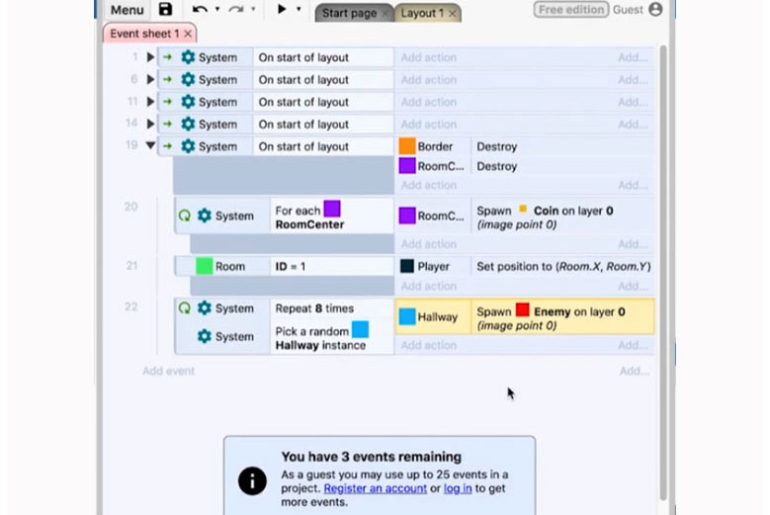 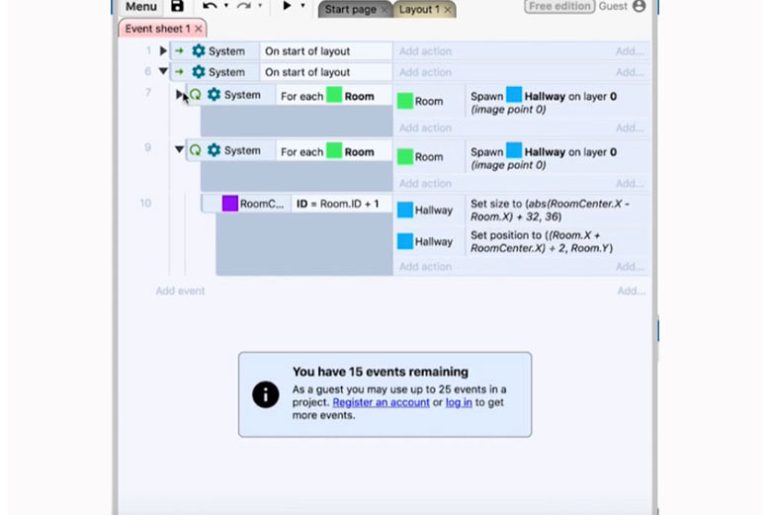 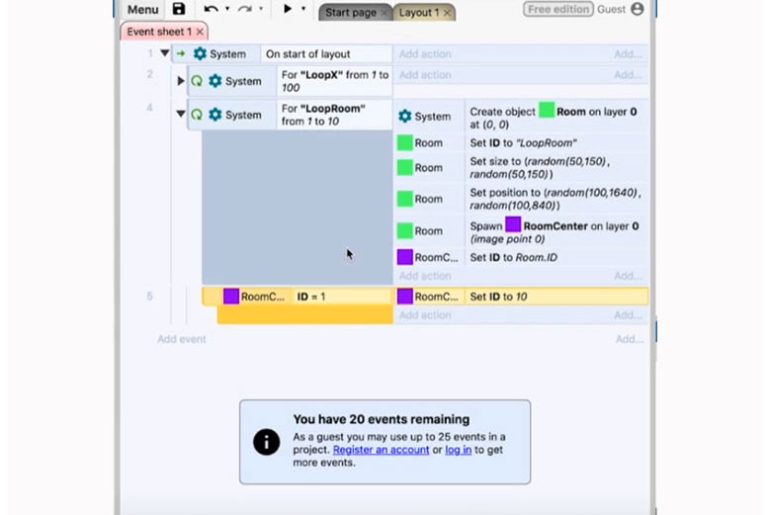